In my last post, I talked about compound words and inserting hyphens to clarify meaning, using the example of the novelty song “The Purple People Eater.” Although I spent a truly ridiculous amount of time researching that one, and I hope you will read and enjoy it, I do recognize that it’s unlikely to be directly applicable in your everyday writing. So I thought I would follow up on that idea with an example that gets used (and misused) frequently in business writing: what to call a man who runs a small business.

Many people incorrectly write this term as small businessman. It’s easy to see why this error is so common: a man who works in business is a businessman, one word. But businessman is actually a compound noun that lost its hyphen along the way. In its earliest days, going back to 1798, the term was written as business-man, with a hyphen, or business man, two words. It first got squished into one word in 1860, according to the Oxford English Dictionary, and that spelling eventually became standard.

If you call someone a small businessman, you’re implying that he is a businessman who is small. While some men may technically fit into this category (e.g., the three-foot-six actor of Return of the Jedi and Harry Potter fame, who also owns a talent agency for actors under five feet tall, Willow Management), I doubt any of them prefer to identify as such.

Sure, he’s technically a small businessman but, more importantly, he’s a small-business man.

If you write the term as three separate words, small business man, you’re no longer actively suggesting that the man is small, but people may read it that way. It’s hard to tell what’s modifying what, and that results in confusion.

The AP Stylebook uses this term as the example for using a hyphen to avoid ambiguity:

Next time you start to write this term, stop and remind yourself that what’s small is the business, not the man. And even if both are small, err on the side of modifying the business—the company wouldn’t feel belittled by being called small, but the man probably would. 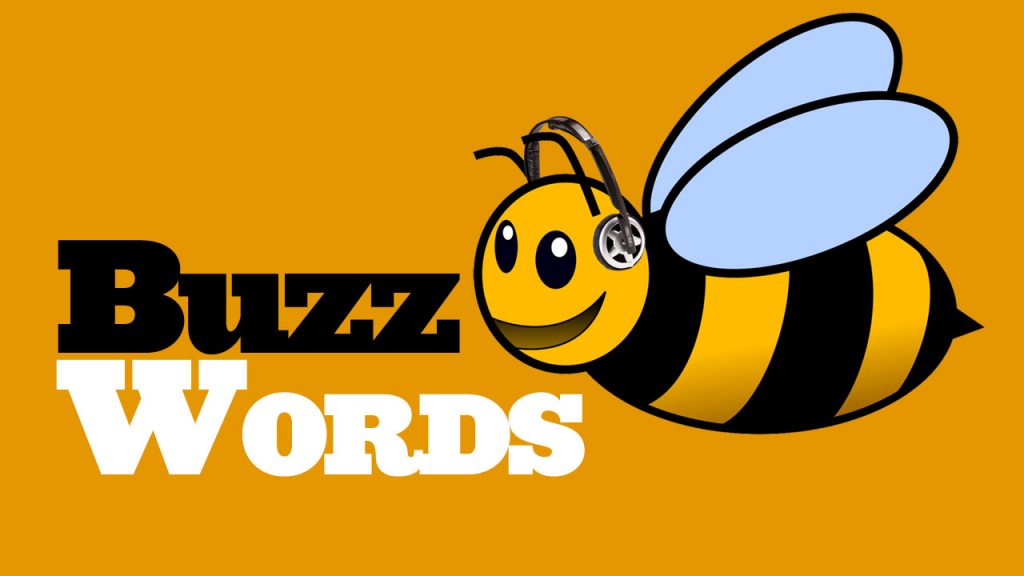 Yes, my writing skills are stronger than my PowerPoint drawing skills. But you can tell it’s a bee, right? Right.

“Avoid fancy words.” This command from is excellent writing advice whether you’re publishing a novel or sending an email. They admonish, “Do not be tempted by a twenty-dollar word when there is a ten-center handy, ready and able.”

But somehow we all end up choosing longer, showier words to say something that could be said simply—especially in business writing. Here are just a few of the worst offenders:

Open one of your business documents and do a search for each of these words. Are you using buzzwords without noticing? Believe me; it’s easy to do.

Now try replacing your buzzwords with the stronger words in the right-hand column. You’ll be pleased with how much simpler and snappier your writing becomes.

Buzzwords will never go away entirely. But the less you use them, the better your business communication will be. So whenever you start reaching for one of these words, remember this post, and repeat the mantra: “Avoid fancy words.”